Read below a very interesting HuffingtonPost Article with Pantelis Rapanakis 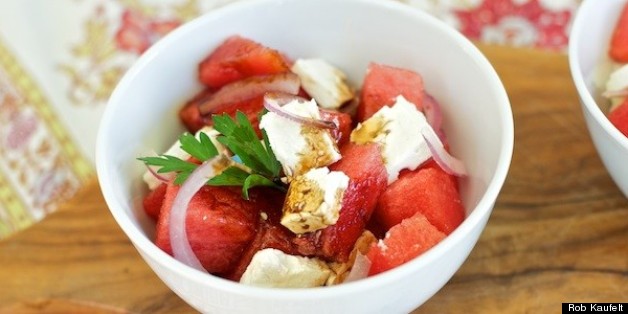 My youthful wanderings landed me on the Greek isle of Hydra, where I spent two glorious months running a pension, a small bed and breakfast in an old sea captain’s house with a fig tree in the courtyard. Each day, I would go down to the docks and buy calamari and clean them and serve them to my guests. It was this that gave me my love of the Aegean, and its people and food, though I am not so fond of food with tentacles anymore.

And so it pained me when Greece began falling apart. I thought the days of bad government were over when the generals lost power, but the corruption of the officials I heard about from Greek friends in New York made me wonder if things had gotten worse over the years. The economic crash, the streets filled with people howling over haughty bureaucrats in Brussels, the kids without jobs, all made me wish to do something, though as a cheesemonger in New York, I knew not what.

Then a friend, a chef, sent Pantelis Rapanakis to meet us, and we began a new friendship that I will tell you about. He is a remarkable fellow, and his mission is to save feta cheese, the real feta cheese made of sheep milk in the old style.

But let me digress a moment and tell you about feta. When asked my favorite cheeses, I often demur, as I find I disappoint people with my mundane answers, which are true enough but not ‘exotic’ enough, by which I mean I love the classics: Parm, Stilton, mozzarella, and so on, and into this group I must include feta.

Some think this ancient cheese traces its roots to the domestication of animals, but at the very least it’s been known since Homer’s time, described in The Odyssey. But I prefer to think it older yet, when the gods sent Aristaeus, son of Apollo, to teach the Greeks the art of cheesemaking.

The word feta, which means slice, originated in the 17th century, and probably refers to the slicing of cheese to be placed in barrels. The richness of the sheep milk, and the flora the animals eat on in the rocky hillsides of Greece, define terroir, with their briny salty tang. Families have made feta for generations, carefully storing the crumbly blocks in oaken barrels, which themselves impart their unique flavor to the cheese.